The Creative Job Market for 2020

Economists and market forecasters are busy predicting what 2020 will bring for the U.S. and the global workforce. Will a recession hit? Will more workers join the freelance economy? Will automation cause the loss of more corporate jobs? How will all of this affect the creative fields?

Artisan Talent watches these trends to stay on top of the creative job market. Here are our predictions for the career environment for creative professionals in the New Year.

The State of Hiring for 2020—What to Expect

The New York Times reports employment numbers are solid for the 2020 election season:

With this positive news, there are signs that the economy is decelerating. The number of new jobs added each month is down, and some economists mark this as early signs of recession. Trade wars and a slowdown in the global economy could threaten the past few years of growth.

Technology will continue its impact; automation will create a need for hybrid multi-disciplinary workers. Burning Glass Technologies says that one-quarter of all occupations in the U.S. will hybridize in the future. These roles are both the fastest growing and the highest paying.

Hybrid positions use both left (logical, organized) and right (creative, artistic) brain skills. These roles blend human creativity with mathematics and technology. They are roles that creative workers have naturally evolved into as technology has advanced.

These hybrid roles are less vulnerable to automation, according to Burning Glass Technologies, marking them as hot jobs for the future.

In addition to the hybridization of skills, what other business and job trends will affect creative workers next year? 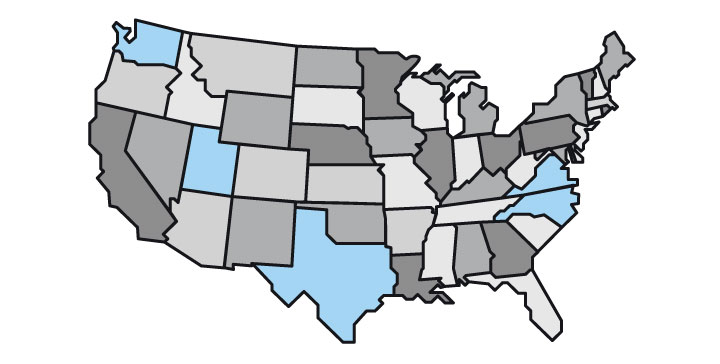 CNBC issues an annual study that ranks the top states for business. They look at the number of workers available, the economy, infrastructure, quality of life, and the cost of doing business. In 2019, Virginia, Texas, North Carolina, Utah, and Washington topped the list.

While 2020 numbers aren’t out yet, you can be sure that corporate CEOs are watching and, according to the latest trends, considering relocation. Forbes reports that companies are moving overseas and adding new infrastructures in states that make it economically attractive to move there. This year, Amazon, Procter & Gamble, Walker & Co., and McKesson all followed this trend. Tech companies are moving out of Silicon Valley at a steady pace, too, heading to cities like Austin, where the cost of living is lower and the power grid may be more reliable.

Companies are expected to continue this trend next year, potentially saving a bundle of money on taxes and operational expenses.

Effect on Creative Workers: Mixed. If you’re able to uproot, this trend will benefit you. If you can’t and your company relocates, expect a change in your work situation.

Having the flexibility of a work-from-home arrangement is now a strong attraction for job seekers. In fact, 80% of job seekers say they will turn down a job offer if the option for remote work isn’t available. In the coming years, this will be even less of an issue: By 2028, 73% of all companies will have remote workers.

But the benefits of working from home aren’t just for workers. A longitudinal study at Stanford charted a 13% increase in worker productivity when they had a remote work option.

If you’re a middle manager in a corporate setting, keep your eyes on robotics process automation (RPA). While automating corporate workflows will save companies big bucks, it will also slim down the workforce by eliminating some “cogs in the wheel” workers that complete mundane manual tasks. Corporations will move to an automation-first mindset once they realize the positive financial impact RPA has on their organizations. While the number of corporate enterprises incorporating RPA is still low, that number doubled this year, according to Deloitte.

Effect on Creative Workers: Minimal at this early stage; however, watch for a whole new line of jobs like RPA Analyst, RPA Developer, and Automation Analyst (Note: These are all hybrid roles). RPA will create a new workplace environment that will boost productivity, cut costs, and redefine the jobs of the future.

Forbes predicts that age discrimination will become standard for 2020, and, “It is one of the few areas where prejudices are overlooked and condoned.” But it’s not the age as much as the salary expectations that Forbes says will cause employers to back away from older, more experienced candidates.

Older workers are also assumed to have higher health insurance costs. Forbes cynically reports that older workers are “not as easily manipulated as younger employees with mountains of debt to pay off.” However, this last prediction may be well off the mark, because most articles have also noted the millennial trend of job jumping. Employers looking for long-term employees may not be driven away by the higher salary expectations of older workers.

Effect on Creative Workers: High. If you’re over 50, this trend may have already had an impact on your career.

Nasdaq reports that the freelance economy will grow to 43% of the American workforce next year. Some of the benefits of freelancing include:

One of the trends we will likely see with the growth of freelance workers is new online platforms to serve as a conduit for jobs in all kinds of fields, including for doctors and nurses. We’ll also see an increase in software platforms like Kalo that help companies manage freelance workers.

Intuit says 7.6 million Americans will work in the gig economy next year. Whether full-time or part of the gig economy, freelancing is clearly here to stay. Perhaps this is why Forbes calls it the “freelancing revolution.”

Effect on Creative Workers: High. The Creative Industries Federation reported in 2017 that nearly half of all creative workers were freelance compared with just 15% of the workforce on the whole.

The World Economic Forum (WEF) published a white paper earlier this year that suggests more than seven million jobs may be lost in 2020. The Fourth Industrial Revolution is about to kick it into high gear, with artificial intelligence (AI) tools to automate basic tasks, streamlining some white-collar workers right out of their jobs. Or, at least, that’s the prediction.

One thing is certain: Automation is here and it is expanding. It will impact every field, including creative jobs. Watch for a radical shift in the coming years toward automating basic tasks in an effort to improve corporate profits.

The WEF report suggests the following jobs will actually see growth in the future:

Even though we are in the thick of a digital transformation, it’s important to note that automation will not take away creative jobs. Humans still have a place in our increasingly automated and digitized society. Creative talent still brings a spark that our computers cannot replicate.

With that said, did you read the one about the AI that learned to paint? Given that robots are encroaching on our territory, what creative jobs will still be available in 2020?

Which Creative Jobs Will Pay the Best Next Year?

It’s still expected to be a seller’s market next year for job seekers. The labor shortage in the creative categories has helped drive up demand for a few different types of specialized workers. Some of the best paying creative jobs for next year include:

Artisan Talent is waiting for you to make your move to a better-paying job for your future. We work with the best employers in the nation, placing creative workers in a variety of full- and part-time positions. Talk to our team today to prepare for 2020.

Have you heard the phrase “content fatigue” yet? We expect you’re going to hear more about it ... 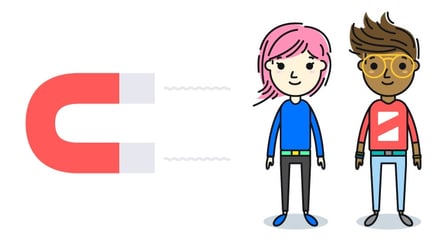 If you love your coworkers, let them know it. Not in a stalker kind of way (no HR policy ... 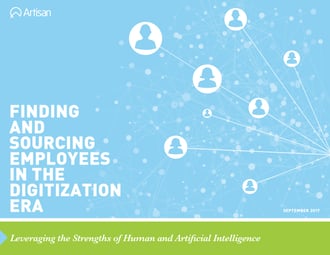 Do you know how to leverage the strengths of human and artificial intelligence when it comes ...