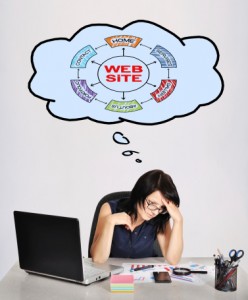 Is Responsive Design Bad for SEO?

Of all things you probably don’t want to hear – especially if you’ve spent money and poured great effort into aligning your website for responsive design – along come the arguments from some that responsive web design may not be the best thing for SEO purposes. According to an article by Search Engine Land columnist Bryson Meunier, there is an argument to be made that responsive web design just might be bad for search engine optimization efforts.

In June of 2012, Google announced that while they prefer sites with responsive web design as a rule, dynamic serving with separate URLs for mobile users may be the best scenario for certain brands and their users. Prior to Google’s introduction of switchboard tags, which now effectively combines separate URLs and solves the problem of fragmented website popularity reporting, there was an easy argument to be made for responsive web design: if a company or online entity had a single URL that automatically reconfigured depending on the device used to access it, that site’s visibility would be far stronger than one which relied on different URLs for different devices. Once switchboard tags were introduced, however, the point was “rendered moot.”

Doesn’t this sound like an argument for an either/or approach? Not necessarily, says Meunier, pointing out several scenarios where having responsive web design could negatively impact a website’s SEO.

Keyword optimization is difficult to nail down on a single site when it comes to mobile users versus stationary users. This concept is easy enough to digest: for the most part, mobile users tend to include searches that are specific to their location (i.e. “nearby restaurants” or “hardware stores nearby”). With a single site serving both PC-based and mobile users, accurate keyword optimization can be skewed. By housing individual sites – one for the mobile user and one for the PC user – this issue can be better addressed. The result is more accurate keyword optimization, which can dramatically improve a site’s visibility on the search engine results page.

Responsive web design sometimes has a tendency to increase load times. This might not be an issue for a user who’s hard-wired to the internet or close to a Wi-Fi signal, but when you consider the difficulty that a mobile user may have in accessing a website that’s taking much too long to load, the issue becomes obvious. How can this impact SEO? It’s simple. Speed of website response is one of many ranking factors. According to Google’s own Webmaster Central Blog, “Speeding up websites is important — not just to site owners, but to all internet users. Faster sites create happy users and we've seen in our internal studies that when a site responds slowly, visitors spend less time there.” As a result, Google’s ranking algorithm now takes into consideration loading speed as a SERP rank determining factor. Since sites that have a different URL for mobile users can focus easier on speeding up the experience for the smart phone crowd, it’s easy to see how relying on a single URL could muck up the works.

There are other arguments to be made against the use of responsive web design, including possible negative impacts on innovation. For example, sometimes offering more simplified procedures is necessary for mobile users – whereas it’s entirely inappropriate for desktop users. Of course, this doesn’t mean you should start all over again if you have dedicated time and effort into revamping your website to make it responsive in design. It simply means that when it comes to site design, there is no one-size-fits-all answer. If you’re in the midst of planning a switchover, consider what will work the best for your customers. You may discover that a responsive web design is, after all, the best option.

Google and the Hummingbird

On October 15, Google announced that it had launched a new search algorithm named Hummingbird. According to Google, the aim of Hummingbird is to make search more accurate, by not ony focusing on individual search keywords but by returning better results for longer, more conversational search terms. Users who are signed in to Google Plus will see the greatest benefit to relevancy, since Hummingbird will search results based also on past searches, current and saved locations, and other Google Plus social media connections. Although there's no completed research yet on how Hummingbird might impact SEO, it stands to reason that by relying less on individual keywords and more on relevant key phrases, the algorithm will move website owners to revisit their own keyword schemes.

So, is Responsive Design Bad for SEO? To locate an experienced developer to help you arrive at the right decision, pay a visit to Artisan Talent. At Artisan, you can peruse resumes and portfolios of professional freelance web designers who are available for single-job assignments. Artisan is also an excellent resource for web designers looking for a job, as well as those seeking to further their web design careers by expanding their pool of potential clients. If you’re interested in Artisan’s services, contact us today to learn more .