It has a dedicated user base that's steadily grown. After years of poor SEO, it now gets much better ranking in Google. And now that it's been acquired by Yahoo for over a billion bucks, Tumblr is ready for prime time. And it's going to change.

If you’re a casual user, you may not be tickled. On the other hand, retailers and business owners that rely on advertisements to make profit will certainly be thrilled by the latest developments.

Online retailers seeking to get the word out about their goods and services now have one more ad market at their service. Tumblr recently announced that its mobile application will no longer be ad free and that eventually, neither will the desktop version. While this news may alienate devoted Tumblr users - some of them are vowing to abandon the site - it’s not all bad news.

Tumblr’s mobile apps will not appear as banner ads. Instead, they will be native advertisements and they won’t be all that frequent – at least at first. According to Tumblr, users shouldn’t see any more than four ads in a single day. That’s not bad, especially considering that some highly trafficked free applications assault their users with pop-up and banner ads in relentless fashion. It's nowhere near as aggressive as what Facebook and Twitter are doing.

CEO David Karp recently said that the mobile ads that will be brought online will be unique to the existing environment and will stay true to what it is that the online blogging service is all about. “On Tumblr there are no special brand pages,” Karp said. “There are blogs and there are posts. We should be able to inject advertisements there in a way that's really not disruptive.”

What Does This Mean for Potential Advertisers?

Simply put, the opening up of Tumblr to advertisements will offer online retailers the opportunity to reach a far wider audience that they previously had no access to. Tumblr, which is by definition a microblogging platform where users can upload their own content or share discovered content, will feature also give ads the ability to be “liked” or “reblogged” by viewers – thus driving even further ad revenue and increased visibility.

This may come as a surprise to Mark Zuckerberg and his legions of Facebook devotees, but according to Karp, Tumblr users spend more time online, for an average 14 minutes per visit. Although the average length of a Tumblr stay only outdoes the average length of a Facebook stay by a minute and a half, that additional 90 seconds is precious time for the purveyors of online ads.

Money to Be Made

You can hardly blame Tumblr for making a move that’s likely to be met with some controversy, especially among those individuals who’d rather keep their fully ad-free experience. According to forecasters and experts who make it their business to know such things, mobile ad spending in the United States alone is forecasted to rise by more than 60 percent in the next year. That translates to about $2 billion in potential revenue. With the exploding market for mobile devices, ignoring a slice of that proverbial pie would be tantamount to economic suicide. And we haven’t even mentioned yet that Tumblr’s mobile use has increased 400 percent in the space of six months. That’s such a dramatic spike that the company CEO is already predicting mobile users will far outnumber desktop users by 2014.

Businesses interested in advertising on Tumblr are encouraged to seek out professional content creators and developers who can assist them in creating compelling ad campaigns. Many content curators got started on Tumblr, and are now finding work through Artisan.

If you represent a company looking to advertise on Tumblr, consider using a third party creative staffing agency like Artisan Talent to get into contact with the individual most capable of helping you achieve that goal. Artisan Talent is a two-way platform for communication between freelancers and those seeking their services. Contact us today to learn more.

Pictures Speak a thousand words After thousands of years of human development, we haven't come ...

First Tumblr, Now Waze (Google and Facebook Square Off in a Bidding War) 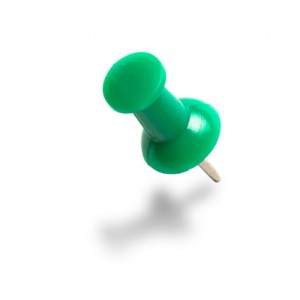 Pinterest's Brand New Analytics Tool Could Mean $ for Your Brand

Pintrest's New Analytics Tool Pinterest, which was launched in 2005 to huge acclaim as a fun ...