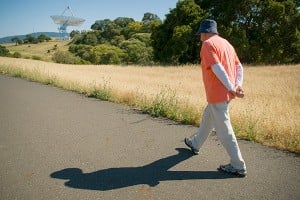 Walking Identified as Key to Creativity

The next time you’re in the mood to take some time away from work and have a nice long walk instead, you can do so without guilt. According to information gathered in a recent Stanford University study, walking can have a dramatically beneficial impact on your creativity.

To some of the most creative minds in the world, renowned for their keen ability to dream up concepts that have the capacity to turn into billions of dollars, this is not news. Steve Jobs, who co-founded Apple and became one of the most successful technological innovators of the 20th century before his untimely death, was a big walker. In fact, he was well known for holding creative meetings on two feet. Lately Mark Zuckerberg, the founder of Facebook, has been spotted doing the same. Even Aristotle, one of the greatest minds in history, was known for constantly being on the move while giving lectures. And philosopher Friedrich Nietzsche once wrote, “All truly great thoughts are conceived by walking.”

It’s an observation that’s been made before but never backed up by hard science. Even the latest study is more of an exploration into the mystery rather than an all-out explanation of how walking can influence creativity. According to the study titled “Give Your Ideas Some Legs: The Positive Effect of Walking on Creative Thinking” by Marily Oppezzo and Daniel L. Schwartz, the physical act of walking can boost a person’s creative output by as much as 60 percent.

Interestingly enough, the study found this to be the result of the physical act rather than any other associated stimuli, like fresh air, sunlight, or panoramic scenery. Environment was not found to be a factor at all, and similar results were seen in test subjects who walked indoors on treadmills. The study also found that the creative spark continues to burn for a few minutes after the physical act of walking, when test subjects were seated again.

The research was performed using a mix of working adults and college students, altogether 176 test subjects, who were given several creative thinking questions aimed at determining their ability to come up with creative solutions to specific scenarios. Some of the subjects were tested while walking outdoors or walking on treadmills facing blank walls. Others were tested while sitting on moving wheelchairs outdoors, simulating movement, or seated indoors facing blank walls.

The results showed that those people who were moving their legs when tests were administered performed far better at the act of “creative brainstorming” than their seated counterparts who were given the same questions. Another conclusion drawn by the study showed that walking did not have a beneficial impact on focused thinking, which leads to the understanding that not all brain activity is necessarily benefited from walking.

What remains one of the biggest questions still unanswered by the Oppezzo and Schwartz study is: Why? As yet, no determinations have been made as to the possible reasons why the act of walking appears to have a doubling effect on the creativity of the human mind. Only that it does. Already, discussions are underway about holding future studies that will test the effects of other types of physical activity – but in the meantime, until the hows and whys are resolved, try incorporating a leisurely walk into your daily work activities. Who knows? You might just stumble over a solution that could

Stay up to date with the latest developing trends in technology and creativity by reading our blog regularly. Artisan Talent is a lot more than a creative staffing agency offering freelance opportunities in graphic design, creative writing, and web design careers. We’re also a repository of information that can help you achieve new levels of success. Contact us today to learn more. 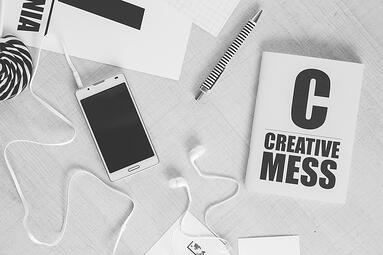 Did you hear the one about the content writer whose blog was so boring it put people to sleep? When you're working on reaching out to clients, you need to be creative. While common ads and ... 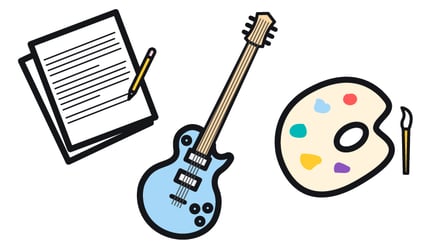 Here's Why Creativity Matters in Your Job

“The true sign of intelligence is not knowledge but imagination.” –Albert Einstein Why does ...