Matt Cutts Calls for an End to Guest Blogging

If Matt Cutts doesn’t watch out, people are going to start labeling him a major kill-joy. The sitting head of Google’s Webspam team (they’re the guys and gals who work tirelessly in their efforts to make web surfing a pleasurable experience for the vast majority of consumer users) has officially called for an end to guest blogging – a directive that could send SEO marketers scrambling to pick up the slack that will likely be left in the wake of one of the most successful search engine visibility tactics.

“Okay,” Cutts said in a recent blog post, “I’m calling it: if you’re using guest blogging as a way to gain links in 2014, you should probably stop. Why? Because over time it’s become a more and more spammy practice, and if you’re doing a lot of guest blogging then you’re hanging out with really bad company.”

Cutts went on to say, “Back in the day, guest blogging used to be a respectable thing, much like getting a coveted, respected author to write the introduction of your book. It’s not that way anymore.”

This method of “paying for PageRank” as Cutts puts it is one that’s become more prevalent as of late. Basically, a growing number of brands – seeing how publishing guest blogs on other people’s websites that point back to their own, thus increasing their own visibility in search engine results – have begun to approach website owners with the proposition to compensate them for the opportunity. This is a method that stands in clear violation of Google’s stated quality guidelines and has swung the door wide to enabling spammy practices.

In the early days of guest blogging, many brands followed the practice in an honest effort to create a strong and loyal network of online supporters. Still more used it as a way of letting others do the hard work of developing high quality content to appear on their websites. Who wants to have to rack their brains to come up with great blog posts on a daily basis, anyway? Alas as word got out among savvy SEO marketers about the incredibly high effectiveness of guest blogging, it began take on a different life. Suddenly, the internet became flooded with illegitimate links created by shoddily composed “guest blogs” that served only to manipulate SEO rankings. Google has apparently become wise to the ploy.

How does this impact online brands that rely heavily on guest blogs? According to further clarification received from Google, it’s clear that there is no intent to “throw the baby out with the bath water.” Google has said that blogs with consistently high quality content will not be impacted by any suggested changes to Google algorithms targeting guest blogs.

As a best practice, it’s suggested that brands focus on publishing only high quality, well written, relevant blog posts from individuals they can vouch for. Given what Cutts said about “spammy” practices, it’s likely the websites that will have their rankings lowered by Google will be those that publish high volume, low quality blog content intended solely to game the ranking system.

The creation of quality content – whether published via guest blog or to your own professional blog – will always play an integral role in achieving high levels of traffic and exposure. If you operate a business and find you don’t have the time or writing chops to come up with amazing content on a daily basis, Artisan Talent is a creative staffing firm that can put you in contact with professional writers who can help fine tune your blog. Artisan is also an excellent resource for freelancers seeking to find new opportunities for their content writing, application development, or web design careers. Contact us today to learn more.

5 Online Blogging Tools That Enhance the Power of SEO 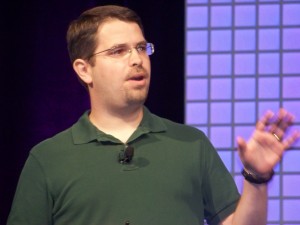 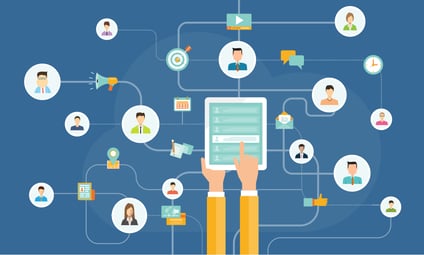 This is week 3 of Changing Course to a Career in Marketing: Back in the Saddle by Guest ...