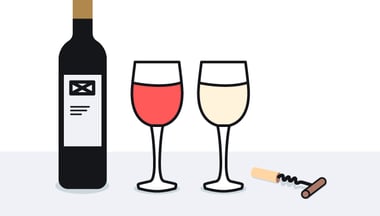 National Whine Day: 10 Things You Can Do To Improve Your Relationship with a Difficult Boss

Since May 25th is National Wine Day, we thought it would be a good idea to whine a little about how your boss might be driving you to distraction (or wine, for that matter). The statistics back us up on this assumption: 44% of American workers say they left their last job primarily to get away from their boss. Gallup puts the number even higher at 50%.

Everyone reports to someone else and if the person that’s paid to hold you accountable is a poor manager, they could ruin more than your chances for a promotion. Having a bad boss can force you to look for a new career.

If you’re like a lot of American workers today, your supervisor may be difficult to handle. But before you invest in a case of Two Buck Chuck at Trader Joe’s for National Wine Day, read this article to discover our best suggestions for improving a difficult work environment with your current (bad) boss.

Are Bosses Really That Bad? 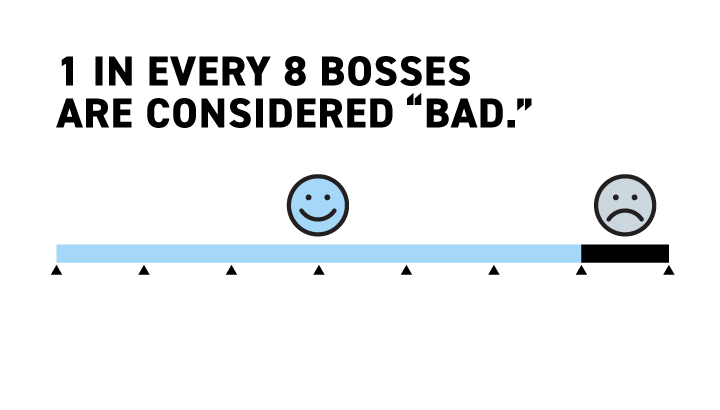 If you’re celebrating by drinking a pithy Chardonnay on National Wine Day, it’s likely that at least some of the discussion will center on your work life and how you might hate it. Why are we making this assumption?

In a paper titled “How Common Are Bad Bosses?” academic researchers sought to quantify the global reality of the bad boss cliché. They studied bad bosses across 35 countries and determined that about one in every eight bosses is considered “bad.”

It’s true that managers and supervisors can heavily influence work culture and employee job satisfaction. Chron lists some of the effects of bad supervision, including:

Unfortunately, you’ve probably encountered this kind of work environment at some point in your career.

Bad managers can have a terribly negative effect on the corporate bottom line when they fail to create a work environment in which employees want to succeed. What are these bosses doing that’s so detrimental to team morale that workers decide to leave?

Statista reports that the 10 most common characteristics of a bad boss include:

Ironically, BambooHR says when they survey bosses about their bad behavior they say its not really that bad and their employees are overreacting. Which is exactly the point, right?

Bad bosses are so prevalent that they are constantly portrayed in movies and television. They crop up so consistently in the work world that bad managers have become a cliché epitomizing the pain and suffering of the American workforce. They are our constant, something everyone in the room can relate to and commiserate over. Check out these stereotypical movie and TV bosses: 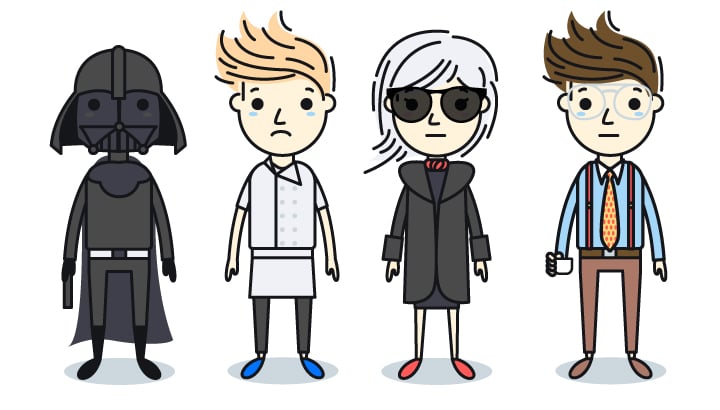 Before you hire your own murder consultant in true Horrible Bosses fashion, we have some tips to help you improve your relationship with your own version of a bad boss. 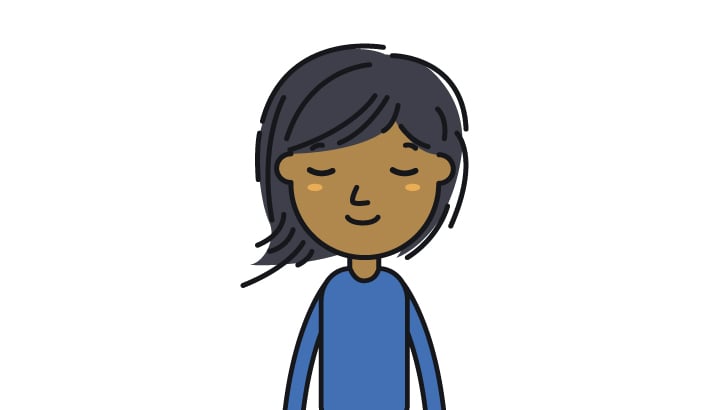 Dealing with a difficult boss is no joke. It takes a strategic approach to handle these troubling relationships while maintaining your motivation to do the job at hand. The easy approach in a low unemployment market may be to walk away, but for those of you who can’t run for a new job, there may be some techniques you can incorporate to help you cope.

We’re going to start simple with something you can practice controlling. A bad boss can drive you into a frenzy of frustration or even rage, but a deep breath can help you calm your emotions. Try breathing in through your nose and holding the breath for a moment. Then let it out through your mouth until you feel calm.

Heightened emotions of frustration or anger cause stress. Increased stress causes your body to tighten up in a fight-or-flight reaction. Stop this cycle by practicing deep breathing techniques to calm your mind and body.

This approach may seem simplistic, but deep breathing is, in fact, a form of mindfulness, which is a mind-body connection exercise that helps you live in the moment and can calm anxiety. There are apps for your Apple Watch or smartphone that can remind you to practice deep breathing.

To find out more about mindfulness, check out Mindful.org.

#2. Save Venting for National Wine Day

While we know commiserating about a bad boss is something that can bring a team together, it’s a fake exercise that ultimately doesn’t help the company. Ask yourself how your workday would change if you stopped complaining with coworkers and just focused on the job? If you like the work you’re doing and your coworkers, is there a way to take the venting outside the office and just deal with the tasks at hand? Venting about work when you’re at work won’t solve the problems at hand. Venting to a loved one at home over a good glass of wine could help you process your frustration and anger about the job. It’s like the safety valve in a pressure cooker—unless some steam is released periodically, you could blow up. So vent when and where it’s appropriate, and see if your capacity for handling your boss improves.

Are you being singled out as the object of your boss’s aggression or negativity? Are you the only one in the room with a negative relationship with your boss? If this is true, try to step back and figure out why this is the case. Are you partially responsible for anything that your boss is heaping on you? Or is everyone on the team in the same boat with you every day? Take the time to logically consider the situation from all sides for a moment. If there is anything you should own up to, try talking candidly to your supervisor to try to clear the air.

#4. Walk in Your Boss’s Shoes for a Moment

This is a hard one that you may be too angry to consider, but try to be the bigger person and consider what your boss might be going through. It’s true that your manager may simply be a jerk, but many times, supervisors aren’t trained properly to lead teams. Or maybe there is someone above your boss that is making his or her life terrible, too. Does your boss have something happening on a personal level that could be affecting their approach? Maybe their behavior toward you isn’t personal at all and you shouldn’t take it personally.

#5. Consider Why You Are There

When you have a bad boss, there is one truth that you often don’t want to hear: You are there to make the manager and the company successful. Having a bad relationship with your boss does nothing to increase the productivity of the team or make your work environment better. Conversely, it’s also true that some bosses are so bad they make goals and tasks harder to achieve. But if you’re struggling with a bad supervisor, it’s important to think about the mission of the company, your place in fulfilling it, and if these goals are worth improving the relationship you have with your boss.

#6. Have the Conversation and Beat Deadlines

If your job really is to make your boss look like a winner then just do it. Do you know what your boss’s goals are? What big projects are coming up? How can you beat deadlines and turn in your best work? When was the last time you talked with your boss about their goals and priorities and ways you can help? Could a conversation positively change the dynamic with your boss?

#7. Skip Problems and Stick with Solutions 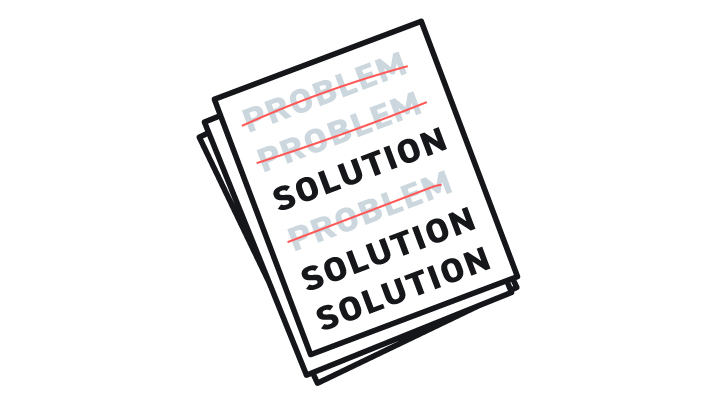 While it’s completely lame to say, “Stay positive,” actually, you should. Instead of going all Negative Nellie during your next meeting, write down the problem as you see it. Then, formulate a creative solution to the problem and put that forward. If your boss really is bad, it’s possible that she or he will shoot down your idea or perhaps take credit for it later, but the point is that you tried to offer a solution instead of pointing out the problem or complaining about how something isn’t working.

Sure, this is a cliché. But if you promise you’ll have a report done by Wednesday afternoon, why in the world would you risk the attention and possible wrath of your own personal Darth Vader-like boss by turning in the report on Thursday? What if your manager was counting on the deliverable based on your projections, promising his or her boss that the report would roll up by close of business on Wednesday? You know the expression—“S*&t rolls downhill”—so make sure you don’t create more problems for yourself by missing crucial deadlines or failing to do what you said you would. Hold yourself accountable so that your manager won’t have to.

#9. Change What You Can Control—Yourself

When you go to work tomorrow, you won’t be able to control or change your boss’s shameful behaviors, negativity, unreasonable demands, or laziness. What you can control is your reaction to those behaviors. If the job is one you cannot leave because of finances or if you love the work and your coworkers but dislike your boss, then the answer may be to change your own response to the negative stimuli. How do you do this? By following the tips we’ve offered, certainly, but also by taking it one day at a time.

The other great truth to share in this blog is that a lot of relationships fail. That includes the relationship you have with your boss, your coworkers, and the job itself. In a low unemployment market, there are always recruiters standing by to help you find your next role. Just make sure you’re not making a knee-jerk reaction because your bad boss ran you out the door. Take a breath, look around calmly at the situation, and then make a rational decision based on your unique situation and job skills.

If you’re ready to start the conversation about your next role in the creative fields, consider a confidential conversation with a recruitment specialist at Artisan Talent. We’re standing by to help you find the right cultural fit and a better boss that will recognize and strengthen your talents in a job you enjoy.

Recent news from the business world is sending brands and social media mavens alike into fits ... 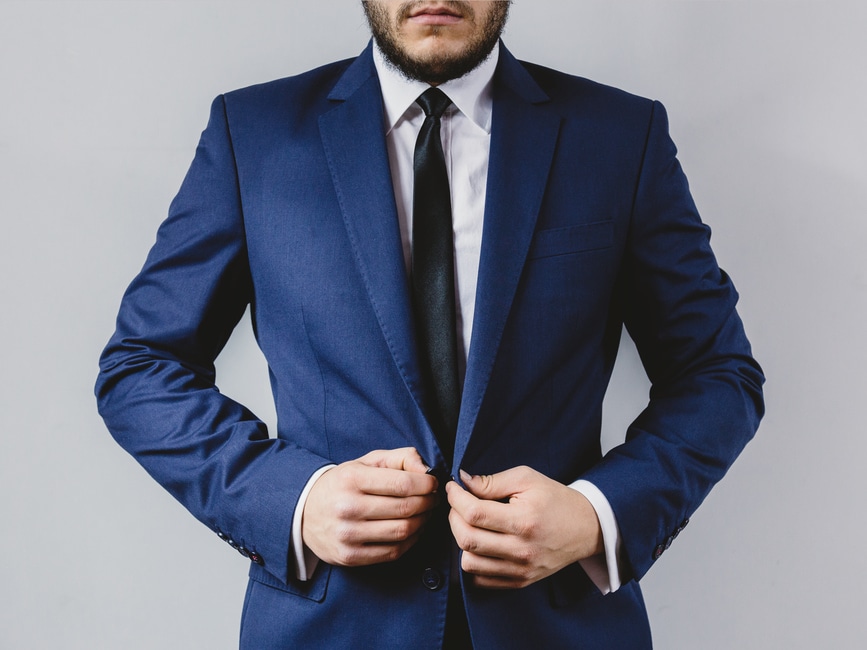 Lessons in Winning Your Boss's Respect

Quora User Experience Some internet habitués love it while others hate it. However, many ...