How to Get Over the Taboo of Discussing Your Salary

How much money do you make? An awkward question, isn’t it? For the majority of people, inquiries about their finances do seem rather disrespectful and ill-mannered.

According to a poll conducted by Monster.com, more than half of all US employees find it uncomfortable to discuss their salary. So, how can we achieve freedom in talking about wages? More so, how can we ask for a raise without turning red on the spot?

Well, there are practical tips on building toward pay transparency and openly turning tough talk about pay into constructive dialogue. Need a push to overcome the fear and anxiety of discussing money? Dive into the basic points that will help you feel more comfortable negotiating salary and get you prepared for a fruitful discussion.

But first: why is discussing your salary such a taboo?

Why are so few employers and employees willing to talk about concrete figures? Through centuries, social norms have changed drastically. But somehow when it comes to money, it’s often considered inappropriate or even rude to discuss your income. On the individual level, every aspect of our finances is closely connected with the negative feelings about money: worry, anxiety, and stress. On a cultural level in America, the subject of salary tends to be discussed as though it reflects your worth as a human—an equally troubling and uncomfortable subject matter.

Luckily, there’s a good piece of news here – you can build your own money-positive story. In fact, many communities have already built cultural norms around discussing money (for example - check out fishbowl chats). Younger generations are starting to break an unspoken ban imposed on disclosing salaries. So let’s learn how to demolish the taboo of salary discussion, shall we?

How to Discuss Salary Openly

Discussion checklist for an employer:

Max Wesman, COO at GoodHire, suggests that if we could get past this immensely powerful taboo of discussing salaries and get prepared more thoroughly up front, we would all benefit. “Salary transparency reduces discrimination, jealousy, and unexplained awkwardness at the workplace,” he says.

Discussion checklist for an employee:

But how do you price yourself? How to figure out the sum you deserve? You can easily determine your pay rate by learning the fundamental mechanisms of price adaptability.

TLDR; How to Cope with the Taboo around Discussing Money

Perhaps, you’re browsing open jobs in search of the best one with the highest salary right now. Or you might be an employer trying to find talent and pay for the job accordingly—no more, no less. In any case, talking about salaries is a highly sensitive and tricky topic, that’s for sure.

Pay transparency is something that is starting to become a new social norm, though it’s going very slowly. Strikingly, inadequate pay is one of the major reasons people are still leaving their jobs. Some simply leave their jobs, never bothering to negotiate salary with their bosses just because of the strong taboo around discussing money.

A robust preparation before the talk, as well as research on the pay ranges, will help eliminate the most common fears and organize a productive dialogue after which both sides will see advantages in their cooperation.

Do you still have doubts or worries? A recruiter may be just what you need to help you find a job that meets your salary and benefits expectations. Luckily for you, we’re right here!

You don't have to shell out a lot of cash when it comes to increasing employee benefits. ... 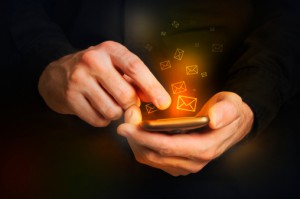 How to Time Social Media Messages

How to Time Social Media Messages Timing matters. Especially when it comes to social media ...