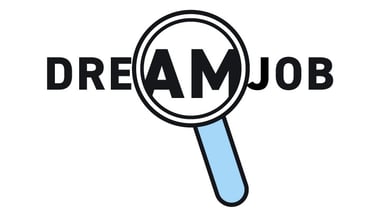 You’ve heard the expression “Don’t put all your eggs in one basket.” The cliché goes to the heart of asset diversification, which means spreading out what you have so that if one thing fails you still have something else to fall back on. The diversification of assets is an important concept in finance, agriculture, and employment.

For investors, this means developing a portfolio of diversified stocks and bonds to spread risk across a broader pool. In agriculture, it requires farmers to plant more than one type of crop. That way, if some sort of crippling disease strikes one plant species, the season won’t be a complete loss.

When it comes to employment, the gig economy lets the American workforce carry their income in multiple baskets. Freelancing is the ultimate asset diversification tool, allowing full- or part-time workers to supplement their income with gigs that not only bring in extra cash but also can serve a crucial role during an economic downturn.

That’s why freelancing is just generally a great insurance policy for the future.

Why Freelancing and Why Now?

The freelance market is booming and the U.S. unemployment rate currently stands at a 17-year low of 4.1%. Within this job market, you’ll find an unprecedented opportunity for Americans to work for themselves.

The expansive gig economy is currently employing 57.3 million Americans, according to the Freelancers Union. By 2027, this will be the primary projected work model for the majority of Americans. There are benefits for both employers and employees under this new model.

Employers tasked with cost-cutting appreciate the ability to avoid paying benefits. But they’re also taking advantage of the varied set of skills freelancers bring to the table. Freelancers typically have multi-faceted experiences that cross industries. Too, if they have a good freelance track record, it’s highly likely they’re organized and internally motivated to get the job done.

On the flip side, the rise of technology has allowed freelancers to find work and do it from anywhere there’s a Wi-Fi connection. That freedom to work from anywhere and at your own pace makes for a very appealing mix for full-time or part-time freelancers.

Yet successful freelancers understand the concept of not putting all their eggs in one basket. The Freelancers Union conducts an annual poll of this workforce and they say that the average client load is around 4.5 every month for the majority of on-demand workers. That’s why, despite the fact that the economy is going well and unemployment is down, many full-time workers look to freelancing to supplement their job security. There’s nothing wrong with extra cash on the side, as well as developing new resume skills, right?

If you’re a company in search of a creative freelancer for your next project, or if your resolution is to seek the safety net of the freelance economy, Artisan Talent can help. We offer the freelance worker access to companies looking for help, an online platform to post your expertise — and many other benefits.

Contact us to find out how we can help. The State of Freelancing

Freelancing is in. “Real” jobs are out. The latest stats report that the state of freelancing ... 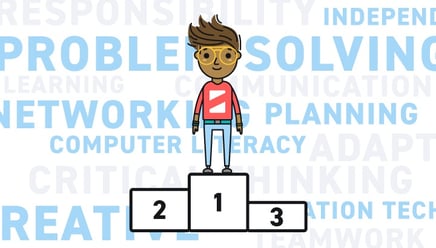 The Ultimate Guide to Freelancing in 2018

Freelancers are the ultimate entrepreneurs. Businesses love freelancers because they bring an ... 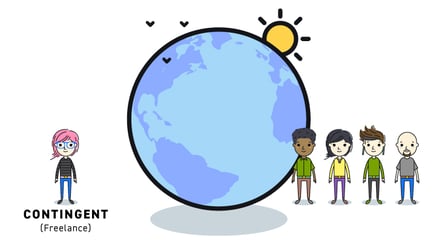 The State of Freelancing In 2019