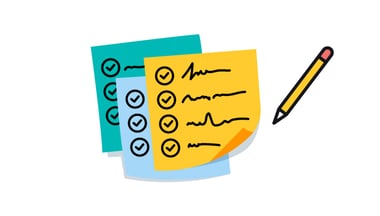 What It’s Really Like to Be a Freelance Editor

There’s no escaping it: All of us function in the economy of words.

From Instagram captions and Facebook posts to the newsletters you find in your email to the mini-magazine that comes with your Dollar Shave Club subscription, words are everywhere. And they have the power to make or break your impression of whatever you’re following—or the impression you have on whoever’s following you.

That’s where I come in. As a Freelance Editor, words are my bread and butter. And I mean that as literally as possible: the money I make editing pays for my groceries, not to mention my rent and utilities and other fun life expenses.

My first freelance editing gig came through Artisan in fall of 2017 (shout-out to Recruiter Lauren Friesen for finding me on LinkedIn!). Before that, I’d worked as a jack-of-all-trades Copywriter and Editor in the marketing department of my alma mater. I wrote video scripts, email and web content, postcard and brochure copy, press releases, and feature articles, while also overseeing a team of Student Writers.

I was responsible for making sure the Student Writers’ work was the quality it needed to be to represent the university well—and that’s really where I cut my teeth editing. Sure, I’d worked on the school paper in college and I’d mercilessly edited (i.e., rewrote) the work of my classmates, but in this role, I felt the need to not just fix the content, but to also empower my Student Writers to improve their work.

As a Freelance Editor, I’m no longer working with Student Writers, but I approach editing in much the same way. Here are some of the tensions I navigate on an almost daily basis:

Respecting the Author’s Voice (or the Dangers of Over-Editing)

Before I was ever an Editor, I was a Writer. I’m one of those people who knew at an early age what they loved to do. I’ve had a singular focus on writing since elementary school. I wrote stories like crazy, produced my own magazine, dissected books to figure out how authors were making my heart race, and since I was about 12, I’ve always had a book project in the works. Because of this, my writing voice is strongly established, and I often find myself rearranging the sentences I read to be the way I would have written them.

This is a problem when I’m editing. My job as an Editor is not to make everything sound me. My job is to make sure that the writing is coherent, grammatically correct, and communicates clearly—so that it can properly serve the reader by making the author’s ideas understandable.

In college, I worked on a project with my best friend where each of us wrote half of the chapters of a nonfiction book. We also edited each other’s work, which led to conflict because I was over-editing her writing. I made suggestions not based on whether she was using proper grammar or good syntax, but only based on whether or not I would have phrased things the way she had. I was editing her work as if it was my own, not as if it was hers.

My job as an Editor is to serve the Writer, to make their work shine. That means my own writing style needs to take a seat.

(This doesn’t mean, however, that bad writing or unnecessary information gets a pass from me. Generally, what makes writing “bad” is poor grammar or syntax (i.e., sentence structure) or a lack of coherence, which you could also call logic. If that’s the problem, the writing isn’t ready for a sentence-level edit yet—it needs a big picture, developmental edit that critiques it based on the stated purpose of the piece. That’s a topic for another post.) 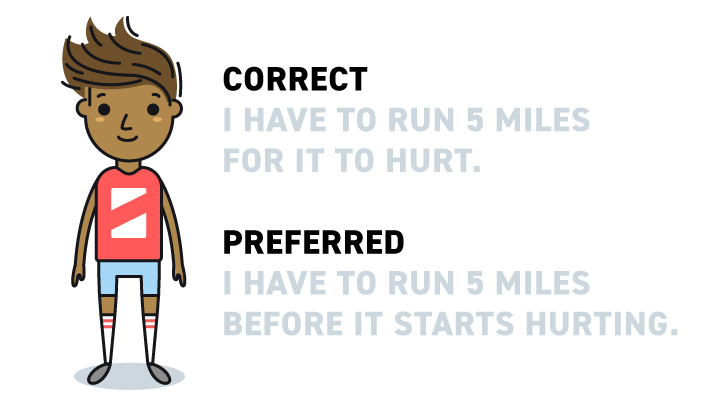 As a Freelance Editor, I frequently edit sentences that are not at all written the way I would write them. The question I have to ask myself is:

Do I want to change this because something is wrong or because I would write it differently?

And the next question if I go with the second answer is:

Why would I write it differently? Is it just a preference of language or is there something more going on?

“This sounds better than that” doesn’t cut it when you’re marking up other people’s words and telling them to change them. You have to have a legitimate reason.

This has made me a better Editor. It forces me to look harder at the changes I’m suggesting and analyze the reason something strikes me as “off”. A lot of times, there’s something wrong: misplaced modifiers that apply a description to something that doesn’t make sense, disagreement between nouns and verbs that have a bunch of words between them.

That analytical process helps me figure out if my instincts are rubbing against an actual error or just a stylistic preference. For example, I have a deep dislike toward using adverbs like “luckily” or “thankfully” at the beginning of sentences. There are times when these words are used improperly and should be cut or replaced, but there are also times when there isn’t anything technically wrong with them—I just want to cut them because I don’t like them. Taking the time to evaluate why they bother me helps me know whether I should go ahead and delete them, or just suggest to the author that they remove the words.

Once I’ve identified the problem, I’m able to articulate it to the author in a way that the non-grammar nerd can understand. I don’t throw a lot of grammatical terms around. I don’t expect you to know the difference between a gerund and an intransitive verb. I’m an Editor for the people! (And my clients frequently cite my attention to detail as a reason they like working with me.)

A Question of Style 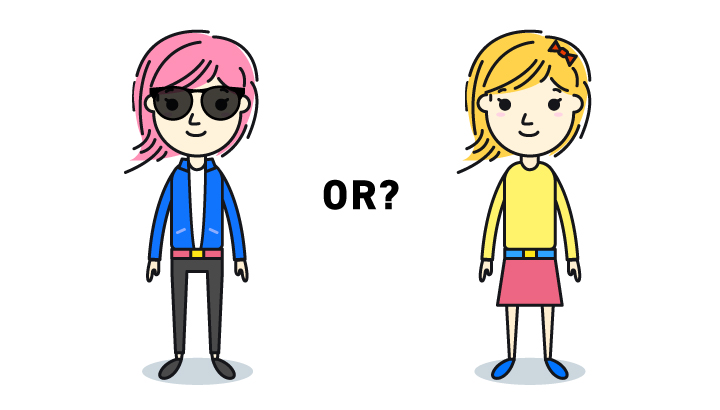 I’m the last person you should go to for fashion advice, but if you need advice for editorial style, I’ve got the hookup. An editorial style establishes editorial preferences as hard and fast rules. If I were to write my own editorial style guide, I’d ban all uses of “luckily” and “thankfully” at the beginning of sentences, and make “so” a word to avoid. I’d also restrict the use of ellipses ( … ) to only when words have been removed from quotations.

Since my first freelance editing client, I’ve worked with about 10 different organizations that all follow their own editorial styles. Most of their styles combine different elements of AP and Chicago style, which differ in a number of ways, perhaps most notably in their respective non-use and use of the serial comma (a.k.a., Oxford comma).

Sometimes I agree with their style preferences; sometimes I don’t. I’m a staunch supporter of the Oxford comma (the comma that goes before “and” when you’re listing a series of items) and I prefer spelling out numbers up to 100, rather than reverting to numerals as soon as you reach 10. But if the rule is in the style guide, my personal preference doesn’t matter. Unless the style rule causes confusion in the content, my job is to make sure everything is consistent.

Why is consistency such a big deal?

Earlier this year, I reread One Thousand Gifts by Ann Voskamp. Voskamp’s writing style is incredibly distinct. She uses a lot of fragments and she breaks up her sentences with commas that I think are in odd places. Because of this, it took me a while to adjust to her writing style—but once I did, her voice was clear in my mind.

Now, imagine that the first half of the book used Voskamp’s signature style of fragments and commas, but halfway through, it switched to a more standard (let’s say, Meredith-edited) style. That would be jarring for the reader. The voice of the author would sound different, and it might feel like you were reading a completely different book.

That’s one reason why consistency is important.

Another reason is that inconsistency is distracting. If you’re spelling “Jack in the box” with no hyphens at the beginning of a piece, you shouldn’t switch to “Jack-in-the-box” partway through. The attentive reader will notice and be distracted—and you don’t want anything that distracts the reader from what you’re trying to communicate. Not to mention, if you refer to your products with varying spellings and capitalizations, you look unprofessional and people may start to question whether or not you’re the expert you claim to be.

Because I’m editing for multiple clients, I have to keep their house styles straight and remember who uses the Oxford comma (yay, Artisan!) and who capitalizes job titles and who doesn’t. To do this, I keep a couple cheat sheets on the key variations between styles that I can give a quick scan before tackling my next project. I also make notes as I edit particular pieces to make sure that hyphenations, capitalizations, and other word treatments are consistent within e-books, blog posts, and so on.

There’s a lot more to the day in and day out of working as a Freelance Editor. Managing time, juggling responsibilities, setting (and raising) rates, invoicing—all the stuff that comes with being an independent businessperson in the 21st century is part of my work week. These are just a few of the challenges I face in my work.

Do you need a Freelance Editor? Artisan can hook you up. (Who knows—you could end up working with me!)