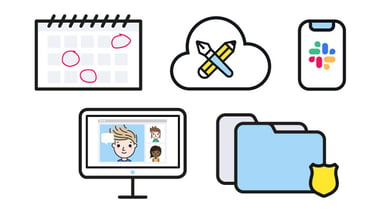 Why You Shouldn’t Be Scared to Hire Remote Workers

Remote workers rule today’s job market. According to a Global Workplace Analytics report remote work in the U.S. has increased 140% since 2005. While it may not be the norm in your company, the world around us has gradually changed so that remote work is not only desired by employees, but it’s the new normal for employers seeking an increase in worker productivity.

Having the option of remote work is a huge attractant for potential talent. According to a Softchoice Research study 74% of North American office workers said they would change jobs based on the company’s work-from-home policies. Another study showed that workers would select a remote work option over a cash bonus.

But is working from home really productive? Can employers that offer this option trust their workers not to slack off? What does it take for companies to introduce these newer work models?

If your company still finds itself afraid to offer a remote work option, here’s what you need to consider.

There’s a myth out there that people who work from home or somewhere other than the office take advantage of their employer. Some employers worry that working with a remote team will cause a host of problems, such as:

But here’s the rub: Enough studies have been done in the last decade to provide and then validate the data that shows these employer concerns don’t hold water.

But the reluctant employer would argue that this study was from 2015. Fast-forward three years to a fairly comprehensive Owl Labs study of 3,028 employees worldwide across six continents that found:

Not convinced yet? Check out the 2019 research from Stanford University. The two-year project tracked 16,000 workers from one company that was transitioning to remote models. The study put half of the workers in a traditional office environment control group and the remainder in a more flexible work-from-home environment. The research showed a productivity boost for remote workers, amounting to the equivalent of an additional full day’s work per person annually. Employee turnover was also cut in half in the remote workforce, and the company saved an additional $2,000 per person on office rent. While the workers determined they liked coming into an office periodically to reduce their isolation, the findings widely reported an increase in employee engagement and worker productivity.

Part of why remote workers produce more is that they have the option of working when they feel the most focused. Some workers produce their best work at 2am and some at 9am. When an employee is able to harness their energy at the time of day they produce the most, their employer will naturally benefit.

FlexJobs spells out its opinion of the latest round of statistics that show worker productivity increases with remote employment options:

"The claim that remote workers are more productive isn’t a new one. But, as the research above shows, that assertion is well supported. While many people are quick to think that working remotely equates to lounging in your pajamas, that’s obviously not the case. Getting a break from the distractions and stressors of a standard office environment means that these workers actually get more done—even if they aren’t chained to their desks."

The statistics now prove that, on average, remote workers are more productive than the average office worker. While this isn’t going to be true for each individual worker, studies show that remote work cuts down on office distractions that include chatting with coworkers and the constant interruptions that come from being surrounded by people. But there are some other benefits to keep in mind:

On a more positive note, about half of commuters say they sing along with music on their way to work. (This could be awkward or entertaining if you’re on the subway.)

While the statistics vary, all of the studies seem to show that telecommuting saves energy, cuts greenhouse emissions, and benefits worker productivity.

Commuting can stink. Removing the added expense, time, and stress from your workers’ daily lives could make them more engaged and productive. So, what’s holding your company back from working with remote teams?

Fear of Change and Setting Up a Remote Workforce Model 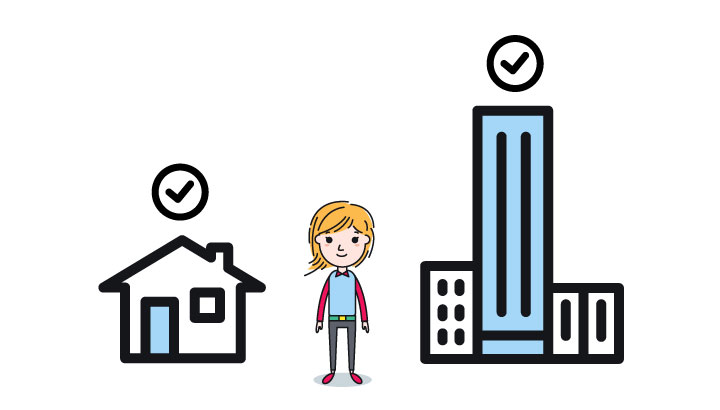 “Modern businesses need to remove the old habits ingrained from the industrial era where you went to a single place of work between 9 and 5 every day to perform standardized tasks.”

Some employers and managers remain inherently suspicious of not being able to watch their workforce. It’s too bad that some companies think “out of sight, out of mind,” should be interpreted as, “If we can’t see you, you’re not working.

In 2013, Yahoo’s CEO was widely criticized when she eliminated remote work models and was quoted as saying she didn’t trust her staff to work when they weren’t in the office. Two years later, Yahoo backed off from this position, leading HuffPost to proclaim, “Telecommuting has won.”

The irony is that workers often feel guilt for working from home and overcompensate by communicating more and increasing their work hours. It’s as if remote workers are shouting, “See! I’m working, even though I’m not there.” Or it could just be that finding work-life balance is a lot harder when your home life also becomes your work life. Either way, the statistics show that the norm is for remote workers to produce more, work harder, and rarely take a day off.

If you’re still afraid to set up a remote workforce model because you think your company will suffer, we’re afraid to tell you that you are falling behind. The labor market today is filled with millennial talent who won’t even have a conversation if you’re not flexible with scheduling. One study found 91% of millennials say having a remote option is very important.

Another study said companies that offer a remote option have 25% less turnover than other companies. In a less than 4% unemployment market, keeping the workforce you have is increasingly important.

The Society for Human Resource Management (SHRM) has a zinger for those employers who remain convinced that working remotely allows employees to cheat their bosses out of a productive work day: “If you can’t trust your employees to work flexibly, why hire them in the first place?”

It’s true that it takes effort to restructure corporate workforce models for remote teams. But the effort is worthwhile.

Some common challenges with setting up your first remote team include:

Talk with department managers about promoting company culture with remote workers. Create a plan for how you will include remote workers in company events and activities, from team-building exercises to the company holiday party. Have organizational leaders learn the ins and outs of video conferencing. Adding an instant message feed with a tool like Slack is also a good way to improve collaboration between in-house and external teams.

You may have a manager that remains inherently suspicious of the work-from-home (WFH) movement in your company. That’s why it’s important to give these managers a transparent look at the logic you’re using to initiate these changes. It’s hard to refute the evidence of increased productivity in remote workers, but if you don’t provide the reluctant manager with the data, how will they understand?

It’s clear that Pandora’s box has been opened when it comes to remote work; 90% of workers that are currently remote say they plan on continuing to work from home for the rest of their careers.

Artisan Talent is an expert in helping companies utilize workers in flexible work arrangements. When you’re ready to make the transition, give us a call.

Still curious about best practices for remote work? Read our Work From Home Hacks to Keep You Sane. We also have interesting articles on managing remote teams and remote meeting best practices. 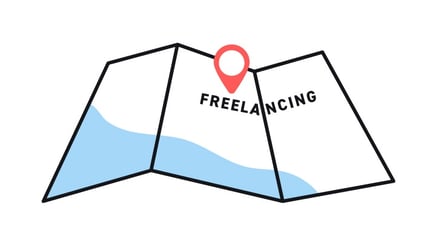 The 5 Most Common Types of Remote Employees

Remote is the new black, right? Today, flexible work arrangements are everywhere, from the ...

Is Working from Home Really Productive?

Everyone dreams about working from home. For the American worker still struggling with the ...

Since the COVID-19 pandemic swelled in March, numerous companies, from Twitter to Nationwide, ...