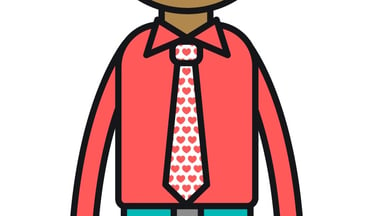 How a Little Corporate Empathy Can Solve the Retention Problem

It seems we have a wee bit of a problem extending outside ourselves to apply empathy in the workplace. What may start as a small problem translates into big money for companies of all sizes that are failing in their efforts to engage their workforces.

Gallup says 53% of the American workforce remains unengaged in their work. They define this outlook as:

Generally satisfied but are not cognitively and emotionally
connected to their work and workplace; they will usually show up to work and do the minimum required but will quickly leave their company for a slightly better offer.

Given that the current U.S. unemployment rate is at an all-time low, this disengagement poses a real threat to a company’s ability to retain the best workers. A lack of employee engagement could place an undue burden on human resource departments already struggling to staff up with a tighter labor pool.

HR Dive blames our disengagement on a lack of empathy in today’s workplace. They cite research from Businessolver showing that 85% of employees say empathy is critical to workforce culture and 98% of human resource pros say employee engagement heavily impacts worker retention.

In seeking a definition of empathy, let’s skip Merriam-Webster and go to a journal that uses science to teach humans how to be better and kinder. The Greater Good Magazine suggests that the idea of empathy stems from our ability “to sense other people’s emotions, coupled with the ability to imagine what someone else might be thinking or feeling.”

Scientists suggest there are actually two types of empathy:

While both types are important, it is the second type of empathy that seems to be most appropriate — and more likely — for a CEO to exhibit.

Empathy Comes from the Top 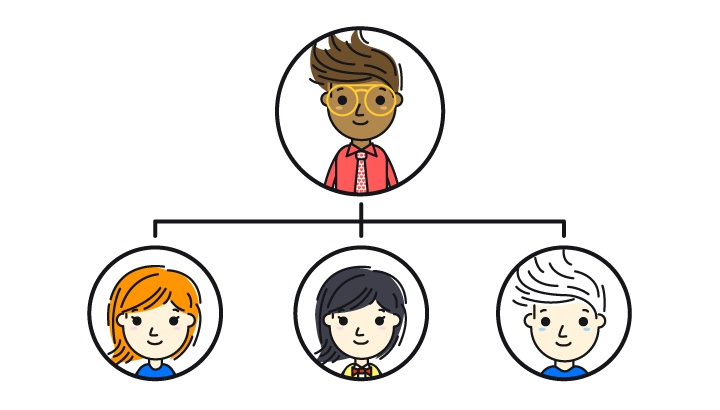 “A good employee experience depends on leaders to push company culture forward, understanding that culture comes through in many ways and in every communication with the employees.” - HR Dive

A CEO that lacks empathy may be focused so extensively on corporate profit that they enact workplace rules that hamper worker engagement. When employees feel overworked or underappreciated, it leads to problems with retention and productivity.

In a tight labor market, many believe that corporate culture is emerging as a strategic HR initiative that has a clear impact on the bottom line. In this environment, having a CEO, or anyone else in management, that lacks empathy will likely affect the company financially.

Make no mistake: The CEO is responsible for setting the tone for corporate culture. A good CEO can set policies at the top that trickle down to even the lowest worker in the hierarchy. But without the ability to imagine what it is like in that person’s shoes, it will be hard for a chief executive to create actionable policies or even a corporate vibe that will translate into happier employees.

Why Empathy Means So Much 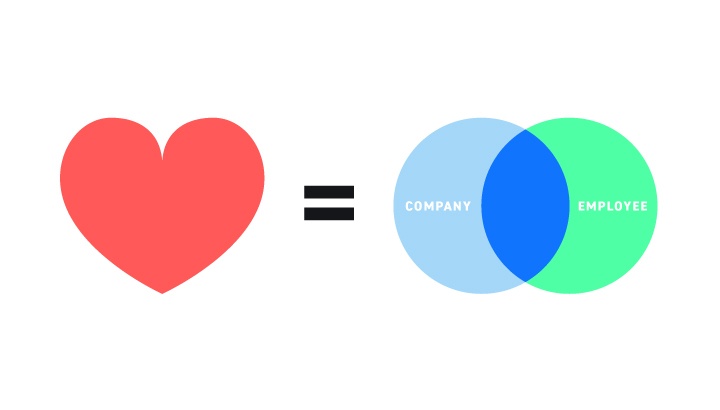 Empathy is a way for leadership to say, “I hear you and your voice means something to the organization.” There’s actually scientific and anecdotal evidence on the positive impact of empathy in the workplace.

On the science side:

Having business leadership actively practicing empathy means that employees will feel like their views are acknowledged and heard. This naturally makes people also feel like they’re appreciated, which will give a natural boost to engagement, according to The Washington Post.

HR Dive says, "people want to be treated as more than the product of their labor, or as a means to an end, the company’s bottom line." Also, people want to feel like their work has an impact on other human beings and companies have a hard time communicating that.

The real impact of empathy is that it makes employees feel as if they are actively working for the betterment of the company and that their efforts are worth more than just profit. Most people want to be more than a corporate lackey; empathy is one tool that we can apply to show people that they matter.

But how, exactly, can the corporate powers that be exhibit empathy and reap the benefits for their organization?

How Can Corporate Management Exhibit Empathy? 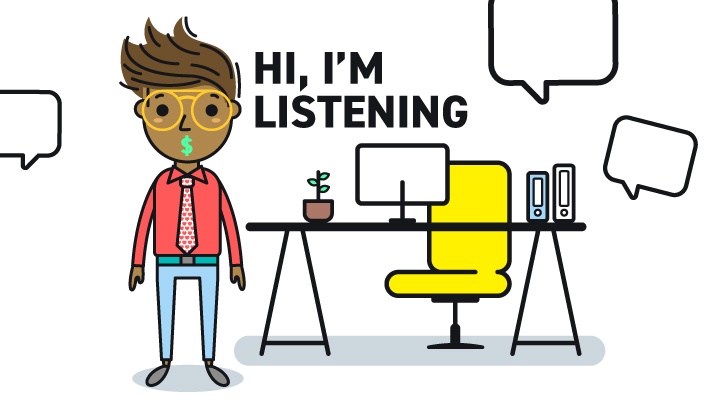 Flowery corporate speeches aren’t enough to appease stakeholders in a company. But when an annual “state of the enterprise” speech is coupled with a rise in profits, investor confidence rises.

Employees like a good rah-rah speech from the CEO as much as anyone, but they’ll go right back to disengagement unless concrete action reinforces the CEO's words. Corporate leadership or even the owner of a mom-and-pop small business can benefit from these suggestions for how to exhibit empathy toward employees:

Empathy requires an effort to get closer to employees in order to engage and understand their perspective. It’s clear that it’s worth the effort; 42% of consumers say they would refuse to buy from a company that they feel lacks empathy for their employees. One in three employees suggest they would leave their job for an employer that exhibits a little more compassion than what they’re currently experiencing.

We're On the Up and Up

In August 2018, Gallup released an article with a technically accurate but seemingly overly optimistic headline: “Employee Engagement on the Rise in the U.S.” Turns out the measures of employee engagement rose by a whopping 6% from the prior year, while those workers who are “actively disengaged” dropped to 13%. While those numbers are better than they’ve ever been, it still leaves out a whole lot of American workers that report they aren’t feeling the love from their jobs.

But Gallup has been reporting on this lack of enthusiasm since 2000, and this is one of the sharpest improvements they’ve noted to date. In 2018, 68% of American CEOs said the level of empathy in the workplace must improve. Unfortunately, 45% of CEOs said they couldn’t figure out how to demonstrate empathy.

Forbes interviewed the CEO of Businessolver, who published the 2018 State of Workplace Empathy report. He pointed out the importance of new human resource strategies that embrace the idea of empathy as a recruitment and retention tool. He suggested:

CEOs are no longer free to sit on the sidelines and delegate workforce culture to their HR team or other staff. They need to be part of the change in conversation if they want to stay ahead of their competitors and equally important, engaged with all employees — both the senior executives and the interns.

It’s clear that a little corporate caring can go a long way to engage and retain employees. The benefits of making the effort to change this part of a corporate culture are clearly worth it both to the employer and their employees.

Where Do We Go From Here?

Creating a culture of empathy won’t happen overnight. There is no sprinting toward this goal.

The process of developing a workplace rich with empathy at all levels is a must. It’s only when the C-suite understands and actively values empathy as a leadership skill that the organization will truly be marching in the right direction toward higher employee engagement and retention.

Taking the time and energy to become more empathetic must be a goal for management at all levels of an organization. While empathy can be hard to benchmark and even harder to teach, it is a skill that, when practiced, gets easier over time. 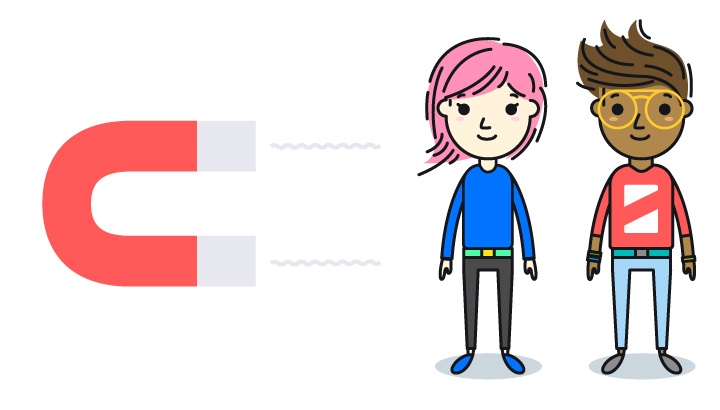 If you’re an employee that feels undervalued, Artisan can help you find a new professional home where you truly matter. Contact us to get started down a new career path.

Employer looking for a dedicated professional to join your team? We can help you, too. 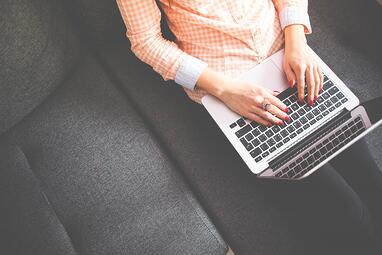 Linking Employers with an I-9 Workforce Today, 53 million Americans are freelancing instead of ...

Get Ready for the Robots: New Technology Impacting the Recruiting Field

There’s been talk lately about how innovations in computing algorithms may replace humans in ...

Why You Should Freelance Early in Your Career

Entering into the workforce with little or no experience can feel daunting. Add a pandemic ...