Is Your Smartphone Making You Sad?

Most of us love digital technology. We enjoy smartphone texting, online shopping, and that cool game we can’t get enough of. As a culture, we’re kind of obsessed.

But here is something most people also recognize: Obsession is dangerous. While the average person may roll their eyes when you tell them to put down their smartphone, new studies suggest that all this digital screen time may be making us sick. While more research needs to be done, there is science showing our excessive screen time isn’t necessarily a good thing.

The State of Our Smartphones

We’re in the midst of digital transformation and on the verge of the internet of everywhere. Wireless technology is spreading out to rural and third-world areas, more tech gadgets are invading our lives, and digital disruption has forced change in every traditional industry.

Digital technologies have improved our lives in countless ways. From increasing our work productivity and happiness by enabling us to work from home, to automation that helps us work smarter, to devices that help us monitor our health, our technology has helped human beings evolve and improve.

If you’re a millennial, you probably take your smartphone for granted, never having lived in a time when technology wasn’t ubiquitous. A YouGov survey shows two of every five millennials keep their smartphones in their hands all day, and more than half feel anxious when they don’t have their phone nearby. And they’re not alone: 45% of Gen Xers say they feel the same way. It’s only the Baby Boomers who seem to be able to put their smartphones down without feeling a sense of loss.

Globally, we are increasingly dependent on our mobile devices. RootMetrics reports two-thirds of us check our smartphones within 10 minutes of waking up. The same survey showed our digital focus isn’t just on our phones: two in five Americans have a tablet or e-reader on their current mobile data plan.

Consumers are connecting more devices, and people are looking at screens about 12 hours a day on average. Because of all this screen time, our interactions with people and even how we develop individually is changing. And new data shows that, despite the positives of having so much information at our fingertips, our digital usage may be making us sicker and sadder than any population in history.

Are Smartphones Wrecking Your Health?

A new report on the state of world happiness says that we’re not happy at all and our overuse of digital technology may be the culprit.

The World Happiness Report annually measures human satisfaction by the quality of our lives. Last year, the report was bleak. Despite an increase in the economic quality of our lives, the majority of people around the world are unhappy. The report says, “This decline in happiness and mental health seems paradoxical. By most accounts, Americans should be happier now than ever.”

The problem, the report suggests, lies in how we spend our leisure time.

A Vox article correlates the time we spend on our digital devices with a marked decline in our psychological health. The numbers are particularly alarming for teenagers:

A 2017 article in The Atlantic spurred the fear that technology is making us sadder. The author tracked behavioral changes in the post-millennial generation beginning in 2012 that seemed to correlate with an increase in smartphone ownership and social media usage.

There is scientific data that seems to link digital technology with human dysfunction:

It should be noted that these studies use small sample sizes and the data hasn’t been replicated. Proving a correlating relationship between brain development, mental health, and our digital devices is difficult for lots of reasons—including the fact that we still have a lot to learn about the human brain.

This is the same problem scientists ran into when they tried to figure out whether playing violent video games causes violent behavior in youth. The question is correlation: do young people playing these video games become more violent—or were they attracted to those games because they already had aggressive tendencies?

Scientists need more research to determine if our screen time is causing us harm. However, research has correlated screen time with addiction, particularly in children. The scrolling, clicking, and likes experienced during digital screen time release dopamine, the same feel-good chemical that addicts get a hit from when they take drugs. An article on Fatherly says scientists are increasingly concerned that our devices are creating dopamine feedback loops that leave children and adults “in a chronic state of hyper-arousal, leaving them agitated yet somehow exhausted.” But it’s the effect on our kids’ developing brains that makes digital consumption particularly concerning. According to the article, “This heightened state makes it harder for children to retain information, perform in school, interact socially, relate to others, and self-soothe and regulate emotions.”

Just a generation ago, we were worried about the effects of television on our children. Today, it’s digital technology that’s racking up the worry meter for parents and researchers.

Everything in Moderation: When De-Digitizing Is Your New Year’s Resolution

Before you get defensive and tell us that we’ll have to pry the smartphone from your “cold dead hands,” let’s establish that we love digital technology and the positive impacts it’s had on the lives of creative teams (and everyone else). With that established, it’s important to consider these studies along with how much time we spend on our digital devices both in and outside of work.

The American Academy of Pediatrics (AAP) is paying attention to the early findings that raise red flags about our kids’ screen time. Their recommendations suggest that parents or other adults should become media mentors to teach kids to use these tools wisely for learning and connecting but also know when to put them down to experience the non-digital world. They say that finding this balance is crucial to the development of our kids. Should these recommendations also apply to adults?

Most adults don’t have a media mentor to tell them when to put down their smartphones. Pew Research says Americans now spend more than 11 hours every day interacting with digital media.

Inc. writes, “Very few of us want all the tech gone from our lives, but most of us crave a healthier relationship with it,” suggesting some infotech moderation in the new year might not be a bad idea.

We’re still in a big wave of technology innovation, so it’s possible that our screen usage will decline over time as we find some balance between tech and non-tech. We also don’t really know if technology is remolding our psyches, but few can argue against the idea that it’s changed human interactions. Because our technology usage is uniquely individualized, you may or may not buy into the Inc. assumption that everyone wants a “healthier” relationship with infotech. For example, your version of health and happiness may be a Monster drink and a weekend of gaming. We get that.

However, if you’re looking for some technology moderation in the new year, here are a few ways to shift the balance from the beeps and bloops of your internet connection to a more human-centered life:

If you don’t like these suggestions, consider this: even Apple and Google have come out in favor of less human screen time. They’ve issued new digital controls for both kids and adults to help rein in the addictive behavior that they created in the first place. We guess they must have read the same scientific studies we’ve been perusing.

Is Your Smartphone Really Bad for You?

There isn’t yet a yes or no answer to the question, “Is your smartphone making you sad?” The technology is too new and our response is too individualized to determine if too much digital is causing harm. As the studies accumulate, it is safe to consider moderation in your use of these tools. If your New Year’s resolution is to get a grip on how much time you’re spending online, we can tell you conclusively that this goal probably won’t cause any harm.

As we enter the first quarter of 2020, the Artisan Talent team is standing by to help you fulfill your career and life goals. Talk to our team about improving the quality of your work life.

Top Tasks to Position Your Hirability for 2020

It’s common for people to engage in self-reflection at the end of December. 2019 is a big year ... 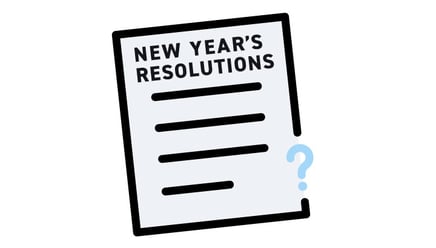 You’ve done it. You made it through another year of work and life and lessons learned. If ...

Get Ready for the Robots: New Technology Impacting the Recruiting Field

There’s been talk lately about how innovations in computing algorithms may replace humans in ...