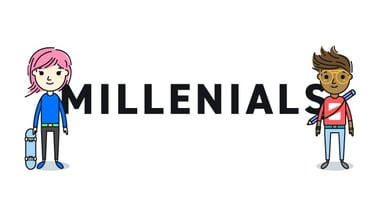 There are 2 Types of Millennials (Don't treat them the Same)

Millennials...such a buzzword. You've probably read an article about them in the last week. But if you're lumping all Millennials into the same bucket, you could be hurting yourself when it comes to all sorts of things...like hiring, managing, motivating, and more. There are actually two different types of millennials.

First thing is first - what is a Millennial? Millennials are everyone from recent college grads to distinguished working professionals. In 2020, they are roughly anywhere from 20 - 37 ish. The Census Bureau’s definition is anyone born 1982–2000 while Pew’s is anyone born 1981–1997. FYI, there's about 73 million of us Millennials today.

Think about that...that's a big gap! And many of us "elder millennials" over 30 are starting to feel that we're in the wrong generation. (Thank you, Iliza Shlesinger for coining the term.)

The Oregon Trail of Millennials

Fellow over-30 Millennial Juliet Lapidos said in a 2015 column for the New York Times titled “Wait, What, I’m a Millennial?” that she doesn't identify with "the kids that Time magazine described as technology-addled narcissists, the Justin Bieber fans who ‘boomerang’ back home instead of growing up.” And she's not the only one who feels that way.

And he's right! Sometimes we're even called iGen, but the nickname Oregon Trail generation (for the most amazing computer game to ever have graced the Earth at the time, even Buzzfeed is talking about it, see #12) seems to fit best of all for us "Old Millennials." 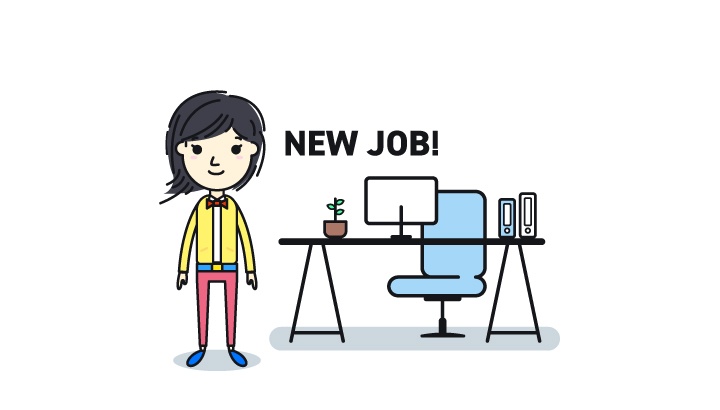 “The Job-Hopping Generation,” is what Gallup calls Millennials young and old. This report says they are much more likely, relative to previous generations when they were in their 20s, to live at home and to put off forming a family longer.

In addition, the report says...

Wow. Rude. And most of these points, especially for anyone who graduated pre-2008, are resoundly untrue.

Signal says "It should be said that there’s some controversy here — just last week Pew released some numbers suggesting millennials aren’t any job-hoppier than Generation X was at the same age." And regarding family, most of Signal's and my and my husband's friends are married, living in their own mortgaged houses, and many have children. 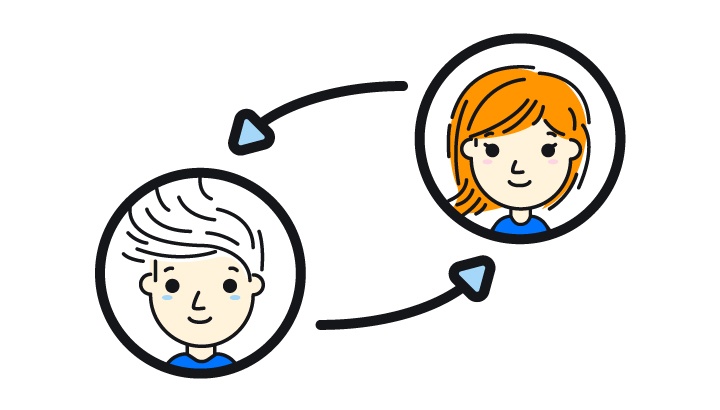 Are these "issues" exclusively Millennial though? Not really.

Of note in Signal's piece, "Don't Call Me a Millennial," he points out that Millennials are far from the only generation with this problem.

Generations are usually defined as anyone who was born within a span of about 18 years or so, and a lot happens in 18 years. The baby-boomers, for example, consist of those who were born from 1946 to 1964, or thereabouts — their oldest members were born not long after America’s world-historical triumph in World War II, while their youngest grew up during the 1960s, a period of crescendoing turmoil in American civic and political life. The youngest and oldest boomers grew up in very different worlds.

Jean M. Twenge, author of the aforementioned upcoming book iGen, points out that Millennials have an even further divide than their predecessors due to the introduction of the iPhone in 2007 and the financial collapse of 2008. "Their impact can’t be overstated, and because of precisely when they hit, it really might be the case that in 2017 a 33-year-old is more different from a 23-year-old than at any other point in recent history," she says.

Diving in Further to the Millennial Generational Divide

Whatever you call them, "old Millennials," iGen, the Oregon Train generation, they're not digital natives like their younger generation siblings.

Lapidos points out the following differences: 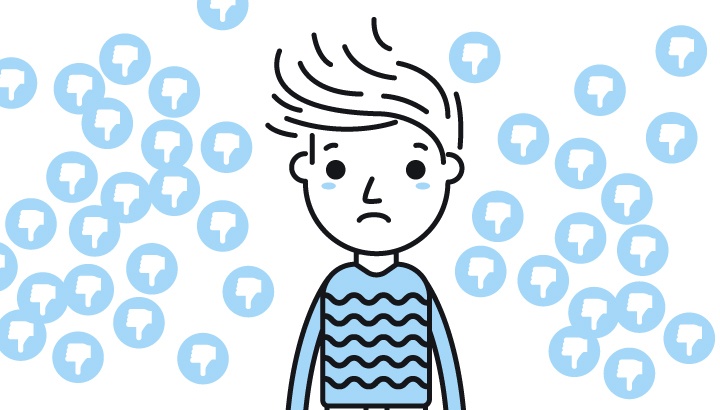 So what does this all mean, and how can we help keep the Oregon Trail Generation happy. First thing is first: stop being derogatory to Millennials in general. Everyone thinks the generation behind them sucks.

"Baby Boomers: Did you forget that they called you hippie longhairs?" asks Silverback Social CEO and personal branding expert Chris Dessi in Inc's Why You Need to Stop Blaming Millennials. "Did you forget the look on your parent's disgusted faces when they spoke about the Rolling Stones?"

Millennials haven't killed your business, altered your happiness at work, or caused you to lose your job.

They are also not the first generation to be misunderstood by the proceeding generations.

1. Millennials are the most likely generation to switch jobs

The increasing job tenure of college-educated Millennials is consistent with a decline in employer switching among all working-age adults since the 1980s. The reasons for the decline are not well understood. Recent research indicates that the rise of dual-career households, the decline in middle-skill jobs, occupational licensing and the need for employees to retain health insurance cannot account for much of the decline in job-switching.

Secondly, Gallup themselves point out that it's possible many Millennials actually don't want to switch jobs but their companies aren't giving them compelling reasons to stay.

The tides have changed, and the incentives to stay in a specific position at the same company for decades just aren't there. Many Millennials feel pensions are becoming a thing of the past, benefits aren't worth as much, and seniority isn't as rewarded as it used to be. So of course if we see what appears to be a better opportunity we have every incentive to take it.

"While millennials can come across as wanting more and more, the reality is that they just want a job that feels worthwhile -- and they will keep looking until they find it," says Gallup.

Offering things like the opportunity for advancement, professional development, and mentoring go a long way towards employee satisfaction.

2. Six in 10 millennials are open to new job opportunities

Okay, this one is true. See above.

You can't really. We're living in a world where everyone is a passive candidate. Employers need to get used to this and adjust their attitude on company culture or lose out on the best talent.

3. Millennials are the least engaged generation in the workplace

Gallup nails it here in their report: "Millennials are consumers of the workplace, and they are willing to investigate and pursue positions with other companies." And why wouldn't we?

It's far from a case of "the grass is always greener," Older Millennials didn't get a trophy for everything, and we know that 2nd place is the 1st loser, but the "olds" of the Millennials were brought up to believe that all people should be treated equally and with respect, regardless of experience level or seniority.

For starters, leaders need to understand how to retain their existing Millennial employees. In Gallup's study of "How Millennials Want to Work and Live" they point out that yes, "Millennials want to be healthy, but they also want a purposeful life, active community and social ties, and financial stability.

Again, see #1. Work on making your company meaningful and fulfilling to work for.

Think that doesn't matter? Think again. "If they are not engaged in those jobs, companies' profitability, productivity and innovation will suffer. And if they are not thriving in their well-being, they will struggle in life, affecting how they perform as citizens, consumers and employees," reports Gallup. Bottom line, if you put effort into making sure your employees are happy, they will stay.

But there is a simple solution — accept the fact that every generation is going to be misunderstood by the proceeding generations (thanks, Chris Dessi) and use the golden rule: treat everyone how you want to be treated...Millennial or not.

No matter what generation you're a part of, Artisan is here to help. Our team has over 30 years of experience helping companies find and hire the best digital, creative, and marketing talent across the country. 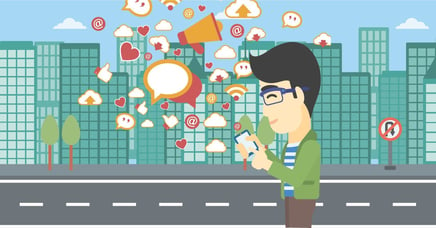 Millennials are a hot-button topic, especially when it comes to the workplace. You'll often ... 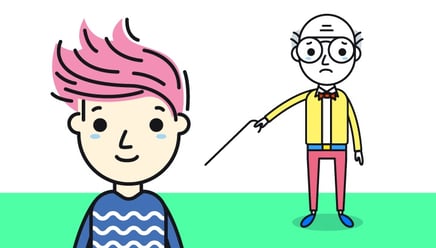 The new workforce is upon us! Now that those avocado toast-eating, diamond-ruining millennials ... 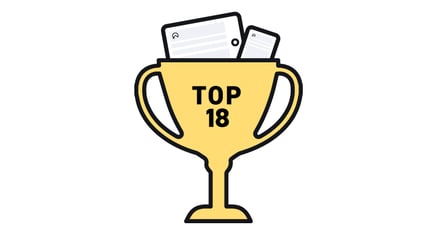 2018 has been a varied, polarizing year, and our most popular blogs certainly reflect that. ...